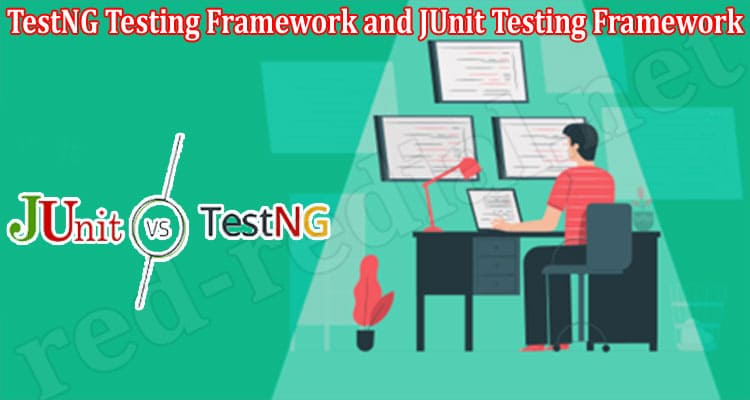 When choosing a testing framework for your project, you wonder which one is the best. If you’re looking for a framework to use when testing your web applications, then you might already know of TestNG and JUnit.

TestNG and JUnit are the two most popular testing frameworks among Java developers. Both provide a broad range of testing capabilities; however, there is a significant difference between the two. Both these frameworks have their pros, cons, and features.

To understand which one will work best for your requirements, let’s compare TestNG Testing and JUnit.

Here’s a quick overview of both the testing frameworks:

TestNG is a testing framework that draws inspiration from JUnit and NUnit but adds some additional features to make it more powerful and user-friendly. Unit, functional, end-to-end, integration, and other types of tests can all be covered by TestNG, which requires JDK 5 or higher.

TestNG is a testing framework that draws inspiration from JUnit and NUnit while adding new features to make it more powerful and user-friendly.

A framework for automated testing and TestNG stands for Next Generation. Despite not being a JUnit extension, TestNG is similar to JUnit. JUnit served as a model for TestNG, which is intended to outperform JUnit, mainly when testing integrated classes.

JUnit, a popular Java framework, helps write and run tests. Java Selenium WebDriver testing is made more accessible with Junit. Junit is utilized as a testing framework in conjunction with the Java programming language.

This automation framework is well-known for both UI and unit testing. With the aid of various annotations, it aids in defining the order in which programs are executed.

JUnit’s initial release in 1997 included a small number of the current set of tools. It is also available in a variety of different languages. Test-driven programming is greatly facilitated with JUnit. It was initially based on a unit testing framework called SUnit, which was later updated using Selenium and WebDriver.

Both TestNG and JUnit implement annotations, and they function similarly in both. Even if some annotations have somewhat different names, their functionality is the same. Here are some of the annotations of both the frameworks:

A test suite is a group of concurrently running tests written in TestNG and JUnit. Although they can both use test suites to execute the tests, the methods they use to do so differ slightly. Although it was added later, JUnit did not support the test suite capability before version 5. However, TestNG had test suites available at all times.

We execute the test suites in TestNG from the XML file. While running a test suite with JUnit, we use the annotations @RunWith and @Suite.

Working with test suites in TestNG is more convenient because testers have more options when using TestNG. For instance, after grouping the classes into classes, a tester can execute the suites. Moreover, you can discover more about it here.

Performing the tasks on a collection of tests all at once is referred to as a group test. It is a feature that only comes with TestNG. With group tests, the tester can make several groups, each comprising several tests. Additionally, rather than running numerous tests, the tester can run the test as a single group. Groups can make declarations inside the XML file using TestNG.

Instead of conducting isolated tests, each can run the test in a group containing various classes. It makes use of the @Test annotation parameters.

Under the “groups” tag, which is easily recognized under the “test” or “suite” tags in an XML file, TestNG covers groups.

Several tests from an extensive test suite do not need to be run when you want to test one particular feature. This feature makes it clear whether or not a specific unit test should be considered.

The ignore test feature determines whether the framework should ignore the test during execution. This feature is included in TestNG and JUnit, although the declarations differ.

To ignore a test in TestNG, use @Test(enabled = false).

To ignore the tests in Automation Testing with JUnit, use @ignore.

The parameterized test entails setting parameters for each test run. We benefit from increased code reusability as a result. Data-driven testing is what shortens code and makes it easier to read. The way TestNG provides this feature and JUnit differs.

The test for exceptions verifies the exceptions that should be raised during the execution of the test. The exception test functionality is offered by both JUnit and TestNG, although with a little difference in the declaration.

In the @Test annotation, TestNG uses the expected exception parameter.

This feature shows a test method dependency on another test method. Dependent tests are presently not supported by JUnit, whereas they are by TestNG. This flaw mainly stems from the fact that, unlike JUnit, which only allows unit testing, TestNG was developed to support a more extensive range of test types.

The dependant method in TestNG employs the @DependsOnMethods annotation.

When a test is executed in parallel, multiple tests are run at once rather than one after another sequentially. Parallel testing also makes it possible to run many instances of a single test concurrently.

Parallel testing is one of the most efficient testing methods. TestNG and JUnit 5 support parallel testing. More parallelism is supported when running tests concurrently and not sequentially on a cloud-based Selenium Grid than on a local Selenium Grid.

A tester can provide the thread value in the XML file for TestNG and execute the tests concurrently.

Reports are a crucial component of test automation projects because they present the test results and tell you where and why a test failed. This information helps you understand how each test is executed. Logs similarly disclose the test execution flow.

TestNG testing has a reporting option by default. It produces reports automatically in XML and HTML formats. Additionally, you can design your reports and logs. You can also quickly distribute these reports to your team. JUnit does not, however, provide reports by default. A third-party utility must be installed to generate these. But the test data is stored in XML format.

When compared to TestNG, JUnit is older. JUnit has more users as a result. It boasts a vibrant community that is ever willing to lend a hand. Thanks to adequate documentation and user guides, it is possible to get assistance for any tool-related problems.

Compared to JUnit, TestNG has a smaller user base. However, the neighborhood is vibrant and provides helpful assistance. There are other manuals and documentation accessible.

These frameworks have been in development for years, and they have all benefited from the experience of their codebases. TestNG Testing Framework grants us much flexibility with powerful extensibility through custom reporters and listeners, but this comes at the cost of learning a higher-level API. JUnit provides a much more basic API that, although not as toned down, can be picked up more quickly by new users.

TestNG was created to address some of the perceived limitations of JUnit, including improved support for modular and parallel testing and ease of use.

Both JUnit and TestNG are excellent frameworks that can help simplify the testing process and allow for a consistent, reliable workflow for users. The choice of one over the other should ultimately depend on your specific needs and preferences as a developer. It all boils down to your needs.