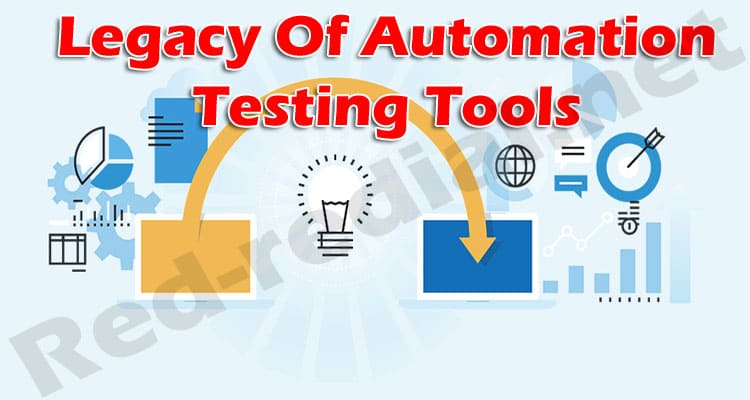 Legacy Of Automation Testing Tools: In 1877, Thomas Edison first discovered the term ‘bug’ for a technical defect. Since then, the technology sphere has expanded a lot, and finding ‘bugs’ has become way more complicated than it was earlier.

What happens in the backend? The automation testing tool compares the actual and expected test result after entering the test data in the System Under Test report. The final aim is to reduce the number of Manual test cases.

The legacy of Automation Testing Tools changed after Selenium, but knowing everything from its origination to its working is essential before starting your software testing journey.

Selenium is an open-source software qa services that has various tools and libraries that support web-based automation. It supports automated testing framework to validate web apps across numerous platforms and browsers. You can create Selenium Testing Scripts with Python, Java, or C# because of Selenium’s multiple language support feature.

Selenium got introduced when the world demanded a de facto product as an advanced open-source software testing Automation Tool. The best part about Selenium is that it supports many programming languages and is functional in almost all major Operating Systems and browsers. Presently, Selenium is used by big tech giants like Netflix, HubSpot, Fitbit, Google, and many more.

Moreover, Selenium provides numerous solutions for nearly all testing problems and requirements. There are many reasons why Selenium stayed at the top even after so many years of creation. Some of the primary reasons why every brand look for Selenium are;

Selenium’s open-source makes it a low entry point for small businesses and startups, but big companies now prefer Selenium over other paid options. It saves thousands of dollars every year.

It was Selenium that first narrated DevOps and Agile. Selenium fits with its Automation Testing tool into the main principles of Agile, Continuous Delivery, or DevOps.

The unmatched flexibility of Selenium is because it is portable to almost all popular platforms and even doesn’t demand learning new languages. Some of the popular development platforms where selenium gets integrated are-

Web Mobile apps hybrids can be tested using Selenium. But, in this case, you need additional software though for testing. The two most popular software testing options available are Selendroid and Appium; this software is easy to use for developers as these are based on Selenium.

To extend the standard functionality of Selenium, we use Plugins, and every year we see a fresh new list of plugins. Apart from Appium and Selendroid, many different plugins are available on Github. To find an extension as per your need, google “Selenium plugins <tool name>,” and your favorite plugin is on your screen.

What Was There Before Selenium?

Automation Testing started in the pre-2000s and looks for new upgrades and advanced features. Here’s a quick overview of automation from the pre-2000s to till date.

In 1967, IBM published ‘Evaluation of the Functional Testing of Control Programs’ on a white paper, and from then on, Software Testing came into play. At that time, testing was done by debugging the code line-by-line.

In 1968, the NATO Science Committee discussed the quality of software products after this testing started taking place in a very planned and organized manner, although everything was manual.

And it was in 1982, the first version of the IEEE 829 was published; it’s a Standard for Software Test Documentation. However, in 1998, the very first European certification for software testing arrived.

Martin Fowler was the first person to write the first version of the paper Continuous Integration in 2001. This was the time when software testing boosted up to another level. To find any integration error, the person must first study topics like automated build scripts, self-testing code, and automation to find integration errors as quickly as possible.

Later after one year in 2002, another buzzword named the software development technique to the software testing tool where at first, the tests are written before the functionality get coded.

What Are The Different Types of Testing Automated with Selenium?

Types of testing with Selenium Automation are:

LambdaTest is a cloud-based cross-browser comprehensive testing platform that supports modern Automated Testing frameworks like Selenium and Cypress to perform automated browser testing. LambdaTest provides automated, manual, and live-interactive testing for over 3000+ Real Browsers and Operating Systems online and has gained the trust of over 600,000+ users in 130+ countries.

So, why the wait? Start testing your web and mobile applications with our advanced automation testing platform.