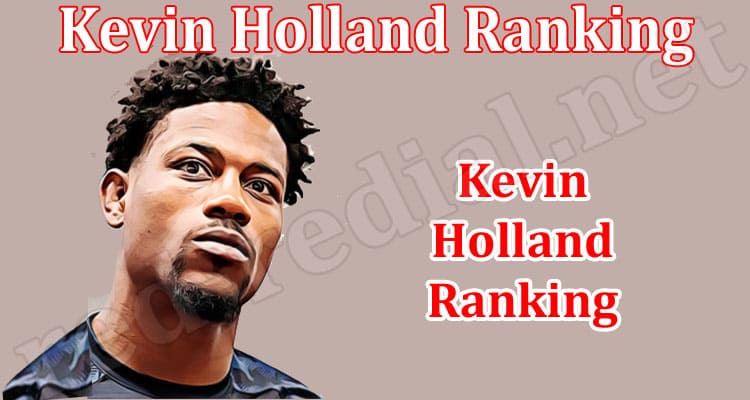 News
September 10, 2022 Red Redial Team 0 Comments
Do you want to know about the Kevin Holland Ranking and his next big UFC fight? Read this post and find all the details.

Did you hear about the last-minute fight card changes for UFC 279? Due to Khamzat Chimaev showing a major weight miss, UFC had to shuffle cards and announce some last-minute changes one day before the fight night.

The fight is scheduled for Saturday, 10 September 2022 and will be streamed Worldwide on a pay-per-view basis. And ahead of the fight, fans are already excited and enthusiastic, given that they love the new fight cards shuffled by Dana White on Friday. Readers looking for Kevin Holland Ranking and other details, please continue reading.

He became a professional fighter in 2015 and has competed for King of the Cage, Legacy Fighting Alliance and Bellator MMA, apart from the Ultimate Fighting Championship (UFC).

Kevin Holland’s original opponent was Daniel Rodriguez, but after the UFC last-minute fight shuffle, the fight card has changed to Khamzat Chimaev vs Kevin Holland.

Daniel Rodriguez will fight Li Jingliang, and Chimaev’s original main event bout against Nate Diaz was changed. Chimaev had a major weight miss; he weighed in at 178.5, which is too heavy to fight at Welterweight. Therefore, he was moved to fight Holland in the Catchweight co-main bout UFC 279. The main event bout is now Nate Diaz vs Tony Ferguson, scheduled for 10 September 2022.

Kevin Holland Ranking UFC #12 Welterweight, said that the fight would be tough and fun. UFC 279 will be streamed on a pay-per-view basis.

The Ultimate Fighting Championship (UFC) is the world’s largest mixed martial arts promotion company. It was founded in 1993 and is owned by Endeavour. Dana White has been its president since 2001.

UFC produces Worldwide events under 12 weight divisions (four for women and 8 for men). Over 600 events have been held as of 2022.

UFC 279 is the upcoming MMA event produced by the Ultimate Fighting Championship that will be held at the T-Mobile Arena, Paradise, Nevada.

Fans are more excited about the new fight cards than ever. They have predicted that Nate vs Tony will be the biggest bloodbath in MMA’s history. They think Holland vs Chimaev will also be a match worth watching, given Holland’s tough opponent.

A Twitter user mentioned that UFC arranged the dream fight in a perfect scenario in Nate’s last fight. He added that he could not wait for the originals to compete against each other.

Kevin Holland Ranking is mentioned above in the article; check it out along with other details on the big UFC 279 fight night on 10 September 2022.Check out this Twitter post on UFC 279! Are you excited about the Catchweight bout fight between Kevin Holland and Khamzat Chimaev? Let us know in the comments!