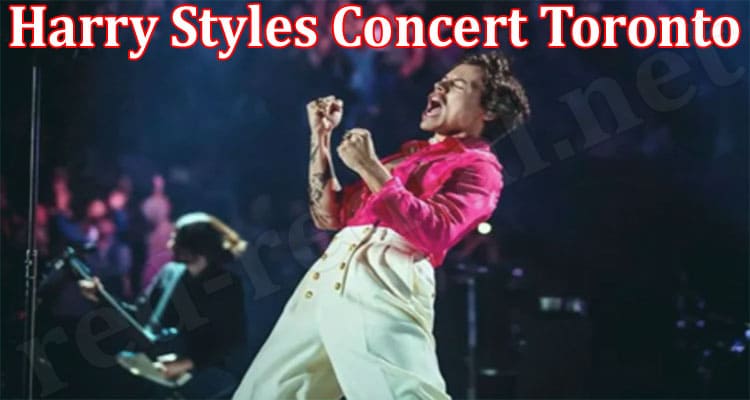 This is a news report that explains Harry Styles Concert Toronto, organized on August 15th, 2022, as a part of his Love On Tour concert series.

Would it be a surprise to see fans camping out for days for the much-awaited Harry Styles Concert? Is there a more crowd-pleasing solo act than this British rockstar? Harry Styles kicks off the North American leg of his Love on Tour in Canada, the United States, etc

The tour’s Canadian leg began on August 15th, 2022, in Scotiabank Arena in Toronto. The sold-out show had fans turning up in flamboyant gear rivaling Styles’ own. The singer returned to the country after four years at the Harry Styles Concert Toronto.

The world-renowned, Grammy Award-winning star has gathered a mass of affection from his One Direction days. His fans naturally had enthusiasm building up to the day and gathered 72 hours before the show.

Scotiabank Arena officials, however, asked for fans to evacuate the line for general admission. They had permitted no lines outside the venue before 8 AM on show day.

Procuring tickets under the monopoly of Ticketmaster, is a ruthless battle won by whoever is lucky enough. Ticketmaster conducted a Verified fan pre-sale for the Harry Styles Toronto Review so that tickets do not fall into the hands of scrapers and secondary sellers.

By the second round of sale – the general sale, the shows had sold out in the blink of an eye. This occurs because of Harry’s popularity and Ticketmaster’s manipulative means to release fewer seats for sale, as they are available in the concert venue.

On Concert day, Ticketmaster released newly available, unavailable before concert tickets, which were now up for grabs at a higher price. These tickets retailed for over $1000, around the same price as the premium VIP seating.

The fans had grooved along to a few surprises to the new set list. His pompous set design, aerial light shows and the crowd-invigorating band worked for hand in hand to appease every last of the concert-goers. Madi Diaz, Mitski, and Arlo Parks are just some of the guests announced as Guest stars on his Love on Tour Shows.

The 1980s-themed created a fitting spectacle both in cheers and crowd. From the fans singing along to every word, the fan chants, to the One Direction covers, it was an enchanting night for everyone. Check out concerts by Harry Styles here .

The ‘Harries,’ turned up in full enthusiasm and gear for attending the highly anticipated Love on Tour show. The Scotiabank Arena venue kicked off the first Harry Styles Concert Toronto in the Love on Tour series, which will run from August 2022 to November 2022.

Do you have any experiences to share from concerts? Let us know in the comment box below.