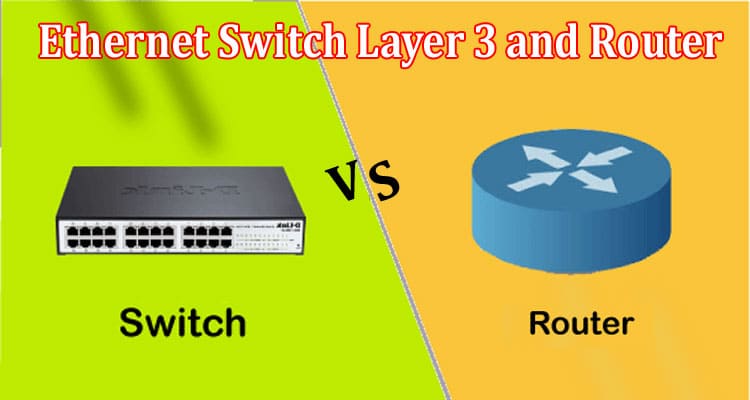 In terms of network structure, it has also developed from the early shared media LAN to the current switched LAN. With the switched LAN technology, users can enjoy the dedicated bandwidth exclusively, which greatly improves the efficiency of LAN transmission.

However, there is no qualitative breakthrough in router technology, which is the core of the network and plays the role of interconnection between networks. In this case, a new routing technology emerges as the times require, which is the third-layer switching technology.

It is called a router because it operates at the third layer of the network protocol and performs the routing functions. It is a switch because it is extremely fast, almost reaching the speed of Layer 2 switching. Compared 3 Layer switch and router, which is better? Let’s start with the working theories.

When Layer 2 switch vs Layer 3 switch, the main difference is that they work on different layers. A device with 3 Layer switching can be considered as a Layer 2 switch with Layer 3 routing. However, it is an organic combination of the two rather than simply overlaying the hardware and software of the router on the LAN switch.

From the hardware point of view, the interface modules of the second layer switch exchange data through the high-speed backplane/bus (the rate can be as high as tens of Gbit/s). For the third layer switch, the third layer routing hardware related to the router is plugged into the high-speed backplane/bus, which enables the routing module to exchange data at high speed with other modules that need routing and break through the speed limit of the traditional external router interface. On the software side, switches of Layer 3 also have significant moves that define traditional software-based router software.​​

The progress is as below:

The router works at the third layer of the network layer in the OSI seven-layer network model.

There is a routing table inside the router, which indicates where to go. When the router gets a packet of data from a significant port, it first removes (unpacks) the packet header of the link layer, reads the destination IP address, and then looks up the routing table. The packet header (packaging) of the road layer is forwarded, and the packet is forwarded; if the next address cannot be determined, a message is returned to the source address and the packet is discarded.

Routing technology and Layer 2 switching look somewhat similar. But the significant difference between switching and routing is that switching occurs at Layer 2 (Layer of Data Link) of the Reference Model OSI , while routing takes place at Layer 3. This difference states that routing and switching need to apply dissimilar control data in the procedure of transmitting data, so the ways for the two to attain their specific functions are contrary.

All in all, the influencing factors in choosing Ethernet switch or router mainly include network traffic, response speed requirements and investment budget. The most important purpose of a 3 Layer switch is to speed up the data exchange within a large local area network. The integrated routing function also serves this purpose, so its routing function is not as strong as that of a professional router of the same grade. In the case of heavy network traffic, if the 3 Layer switch performs both intra-network switching and inter-network routing, it will inevitably increase its burden and affect the response speed. When the network traffic is large, but the response speed is required to be high, the three-layer switch is used for intra-network switching, and the router is specially responsible for the routing between the networks. This can give full play to the advantages of different devices, which is a good Cooperate. Of course, if the investment budget is limited, it is also a good choice to use the three-layer switch as the network interconnection.

V-SOL Layer 3 routing Ethernet switch V3500-28G provides 24 100/10/1000M RJ ports auto-negotiation. The full-duplex limit  rate reach 2000Mbps. All ports support full wire-speed transmission and large cache, which can promise the timely transmission of large files and steady video streaming without dropping the line every day. Moreover, it adopts the industry’s advanced BCM solution and highly reliable carrier-class design. The ethernet switch can be applied in many fields such as the Internet, video surveillance and other scenarios in school, home, enterprise, etc.