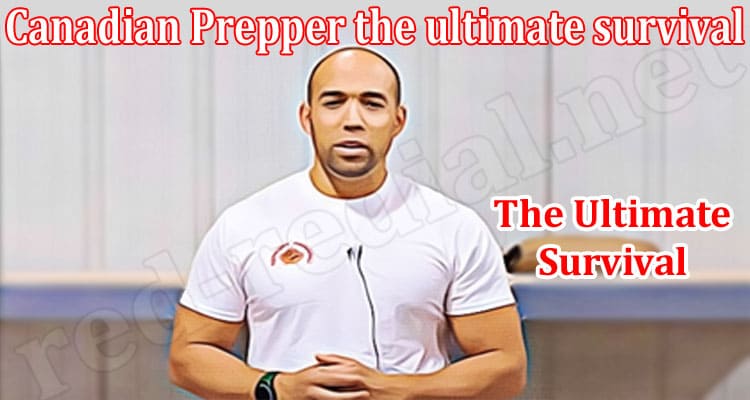 Canadian Prepper the ultimate survival Canadian Prepper sets himself apart from other YouTubers who upload DIY or farming videos as he has taken into account a whole new range of topics to cover while he gathers content for his videos.

Having come to YouTube in 2014, Canadian Prepper has overgrown the competition and gained several subscribers quite soon. Now and then, new people are added to his YouTube family.

Having said enough, most of you might still not be aware of Who is the Canadian Prepper? and What does he do? Well, Canadian Prepper continues a family business of selling safety gear and related products. However, the guy also manages a popular YouTube channel and he can earn a handsome amount of income via the videos he uploads. Let us learn more about him.

Who is the Canadian Prepper?

Canadian Prepper joined YouTube on May 5, 2014, and ever since he has been uploading educational videos that are considered necessary from the point of survival and self-defense. As of now, the YouTuber, Nate Polson who manages the channel Canadian Prepper is residing in Canada and he runs a family-owned company called Canadian Preparedness.

On his website, Canadian Preparedness, Nate Polson has a range of products that are helpful during times of survival. He talks of those products in his videos as well. Moreover, he teaches about the use and necessity of survival gear. As an influencer, he posts his reviews on Amazon. You can easily find them on the site. His reviews are often straightforward and to the point.

Not only this, but Canadian Prepper is also an active member of My Militia, which is an American Patriot Network. A list of his achievements also includes him being featured in an article in cbc.ca. The Youtuber was also a part of “Preparing for Armageddon” which is an amazing documentary from The Passionate Eye on cbc.ca. Like others, Nate Polson does not post any DIY videos, but he is famous for what he does.

When I am writing this article, Canadian Prepper has 828K subscribers on his YouTube channel with more than 1K videos being uploaded. The fan following and subscribers of Nate Polson continue to increase excessively. It ultimately results in enhancing the net worth of the YouTuber.

His honesty and expertise in the videos that he uploads on his channel are the main reason behind him being so popular.  On average, Canadian Prepper creates 12 videos per month. Often his videos compel you to think out of the box.

He talks practically of things and most of his content is sensational. Polson asks realistic questions from his viewers that are liked and disliked by people alike. It is also said that Polson creates psychological videos and most of them are philosophical and deal with real issues.

The videos that Canadian Prepper uploads are broadly divided and well organized into seven segments. They are- Gear Reviews, Bug Out Concepts, Self-Defense, Prepper Fitness, Canadian Prepping, After the Collapse Series, and Opinions and Social Commentary.

The best thing about buying products from his website is that all the products are well tested by Nate Polson himself, so you can be pretty sure of bringing them into use. Also, most of the items available on the Canadian Preparedness website are affordable and budget-friendly. However, the reviews claim that they are not very reliable.

As of August 2022, Canadian Prepper earns a net worth of $1.36 million. This is the income he earns only from YouTube. If I talk of his additional earnings, his net worth would be somewhat closer to $1.91 million. It includes revenues generated from his website as well.

Following are some of the best Canadian Prepper videos-

Canadian Prepper is both a successful businessman and an influential YouTuber. It is up to you how you consider him to be! Many people think his videos are a source of attraction for them to buy products from his website, which in my opinion is somehow true, but it is better to purchase trusted products rather than simply stumble upon an item and purchase it.

Everything present on the Canadian Prepper website is used by Nate Polson himself and in his videos, he teaches to bring those products into effective use. He talks rationally about things and he forces you to think of the topics and questions you otherwise would have missed pondering about.