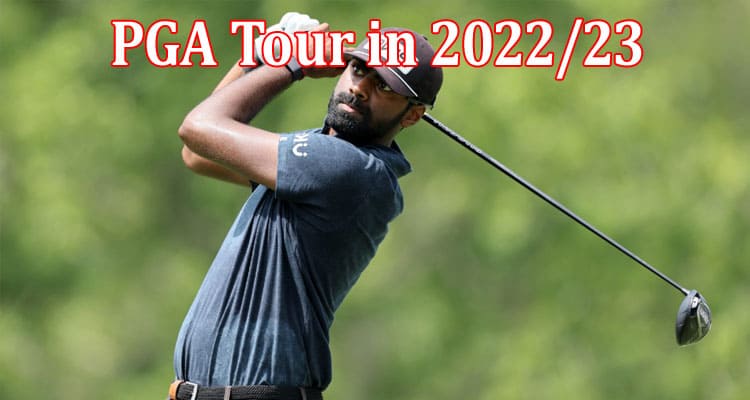 The PGA Tour is the USA’s premium professional golf circuit. With roots stretching back to the early 1900s, The Tour organizes and hosts professional golf events for some of the world’s best players each and every year. Among the PGA Tour’s most famous events are the Players Championship, the Tour Championship, the team-based Presidents Cup, and the playoff-style FedEx Cup.

With the latest edition of the PGA Tour season already underway, sports fans everywhere are on the lookout for golf event tickets 2022. And with a number of events still to be played this year, there is plenty to get excited about. Popular upcoming events on the PGA Tour include:

This event in sunny Bermuda has been played since 2019. Staged at the Port Royal Golf Course in Southampton, it attracts more and more star players to Bermudan shores each year for a challenging test of golf.

Every year, some of golf’s biggest stars battle it out in the Lone Star State for the chance to become Houston Open Champion. Held at Memorial Park, the tournament is a favourite among fans looking for PGA Tour events tickets.

The Hero World Challenge is hosted by legendary golfer Tiger Woods and is played in benefit of the Tiger Woods Foundation. The laid-back tournament sees 18–20 of the world’s top players strut their stuff in the beautiful Bahamas.

One of the newest features on this season’s PGA Tour is the introduction of a number of “elevated events”. These events will feature a selected field of the world’s best players, as well as vastly increased prize funds to encourage competition and add to the excitement. When it comes to golf in 2023, these will be some of the hottest tickets in town.

The list of elevated events for the 2022/23 PGA Tour includes:

Held in Hawaii at the picturesque Kapalua Resort’s Plantation Course, this exclusive event is reserved for PGA Tour winners from the previous season, meaning only the very best will be in action. Prize money for the tournament will increase by $6.8 million in 2023.

Nestled in the green hills surrounding Los Angeles, historic Riviera Country Club has hosted the Genesis Invitational since 1973. Not only was the tournament the first to feature Tiger Woods (at just 16 years old), but Riviera’s unique 4th hole, with a bunker in the centre of the green, was once dubbed “The greatest par-3 hole in America” by golf legend Ben Hogan.

The Arnold Palmer Invitational takes place each year at Arnie’s Place – Bay Hill Club in Orlando Florida. The last few holes at Bay Hill are full of water and fraught with peril, but those who hold their nerve and win the tournament not only receive a healthy prize fund, but also a red cardigan sweater in memory of Palmer, a 7-time major winner and World Golf Hall-of-Famer.

Sometimes called the “5th Major”, The Players Championship is the PGA Tour’s marquee event, with a history of winners that includes Tiger Woods, Jack Nicklaus, Rory McIlroy, Phil Mickelson, and Fred Couples. Played out upon the dramatic Stadium Course at TPC Sawgrass, the tournament forces players to tackle the infamous island-green 17th hole – one of the most famous, and daunting, holes in golf.

Boosted by an $8 million increase in prize money in 2023, the WGC-Dell Technologies is played under match-play rules, which means players face each other in head-to-head matches. The system makes for some intriguing encounters and dramatic contests between the world’s best players.

Played at Muirfield Village, the “house that Jack built”,  the Memorial Tournament is held close to Memorial Day each year, and is hosted by Jack Nicklaus – one of the greatest golfers of all-time. Tickets for the event are always popular, and the winner of the tournament not only earns the respect of The Golden Bear himself, but also receives a Claret-Jug-inspired trophy.

With so many events to choose from, PGA Tour fans are spoilt for choice this season. From Canada to Carolina and Edinburgh to Illinois, the Tour continues to bring fantastic golfing action to sports fans across the world and there has never been a better time to get involved than in 2022 and 2023.