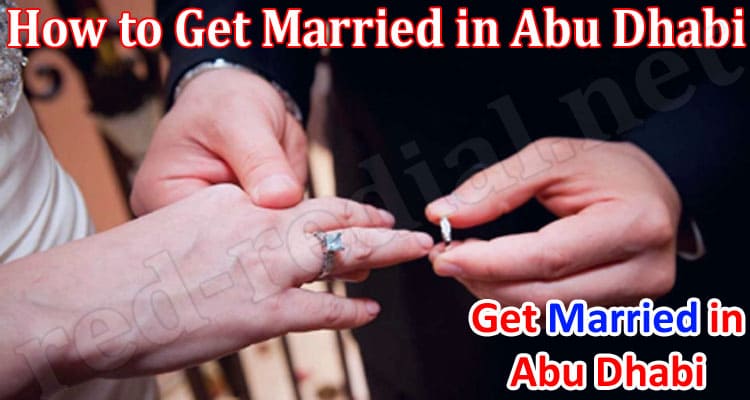 Married in Abu Dhabi: After Abu Dhabi established its non-Muslim Personal family Court in 2021, non-Muslims in the Abu Dhabi now have the choice of court marriage under civil Marriage contract. Under 14 No. Law of 2021 on the Personal Status of Non-Muslims at the Emirates, Abu Dhabi (New Marriage Law), which was published in November 2021, the specific non-Muslims personal family court in Abu Dhabi is responsible for resolving issues relating to personal status, including marriage, divorce, inheritance, and child custody.A couple has additional obligations and specific legal privileges as a result of court marriage at the Abu Dhabi Court.

A court marriage can be easier to register than a regular marriage performed in a church or temple, particularly in comparison. The marriage license must be signed in the presence of the marriage officiant and two male witnesses.

In contrast to the previous legislation, which allowed non-Muslims to wed in a devout ceremony, the new marriage law of Abu Dhabi permits a woman and non-Muslim man to enter into a civil marriage contract instead of a religious ceremony to solemnize their marriage.

On December 27, 2021, a Canadian couple received the first civil marriage contract from Abu Dhabi’s non-Muslim Personal family court. This stands to be the bilingual court that conducts cases in English and Arabic. Since then, several expats and visitors have wed there. This is what you have been looking for the details about Abu Dhabi’s civil marriage if you and your partner are non-Muslim and intend to wed in a civil ceremony.

What is Civil Marriage in Abu Dhabi under the New Marriage Law?

Without a religious ceremony, the civil marriage is considered to be the legally recognized union of woman and man who are not Muslims.

How Non- Muslim expats and visitors may get married under New Marriage Law in Abu Dhabi?

Who can get married under New Marriage Law in Abu Dhabi?

Documents Required for the civil marriage in Abu Dhabi

The aforementioned papers must be provided in order for a marriage application to be approved:

iii. A copy of the court order, if a prior marriage was deemed invalid.

Any couple with adequate mental and legal ability may now submit a bilingual English-Arabic application for the execution and registration of their civil marriage.

The application must be accompanied by all necessary paperwork, including a passport copy, a residency visa, an ID of Emirates, and other important documents that state the parties’ religion and proof that they are not currently married, among other things.

Following the submission of relevant documents and marriage application, the applicant is required to settle the fees of court.

The court certifies that all requirements for civil marriage are met and that all processes are followed.

Once the application is granted, the court will notify the spouses within three (3) working days of receiving the application to set a date for the issuing of the marriage certificate in the couples’ presence before the court, whether by electronic attendance or at the court’s headquarters.

The following requirements must be completed for a Civil Marriage to be solemnized:

2.The free will of individuals seeking to marry: Those wishing to marry must declare their clear permission to the marriage, and there must be nothing legally prohibiting their assent.

How may Marriage Lawyers in Abu Dhabi assist you?

You must submit a court marriage application in order to wed your spouse in the Abu Dhabi Judicial Department. You can better understand the steps necessary for getting married before non-Muslim Personal Family Court in Abu Dhabi by scheduling a consultation with one of our professional marriage lawyers.

UAE marriage lawyers at Dubai Court Marriage will manage every step of your court marriage, assisting in ensuring clear communication between you, the court, and higher authorities.