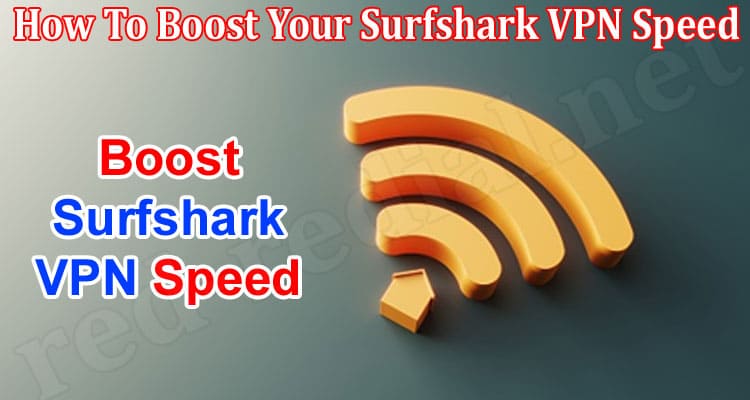 The buffering icon is something we all hate, and it annoys us the second it pops out on our screens. It frustrates us the most, especially while streaming intense sports events or nerve-wracking shows

Buffers usually occur while using a VPN because the encryption led by a VPN slows down your connection, and there’s nothing you can do about it.

But before moving on, Let us inform you that a VPN is not necessarily a culprit behind a subpar quality of internet speed; there could be hundreds of other reasons causing that to happen.

To confirm that, you can run a speed test by turning your VPN off and see if the downloading speed is the same with or without a VPN.

However, there are certain ways to boost your connection, but how’s that possible? Well, thanks to Surfshark, we noticed a significant improvement in our speed.

Surfshark VPN speed test results have proved that making it your primary service provider is something you won’t regret as it guarantees that the download won’t drop drastically after connecting it to the VPN tunnel.

If you don’t find any significant difference, let’s see how you can increase internet speed despite using a VPN:

Upon reading the heading, you probably figured out what it means. As we know, that distance makes things go slower same happens with a VPN, if you’re connected to a VPN server that is far away, it is evident that it would cause a slow connection as your data passes through numerous borders.

So, connecting to distant servers is recommended only when you live in a country with myriads of restrictions. To bypass that, you must appear as if you reside in a different country.

To make it short, just remember, the farther a VPN server is from your location, your internet speed will be slower.

VPN protocols utilize different encryption standards to encrypt the data you want to protect. Some of these protocols will slow down your internet connection, while others will give you light security but better performance.

But with the help of WireGuard, you can get rid of that problem as it is one of the fastest protocols on board, and you can opt for IKEv2 and OpenVPN, but they won’t guarantee high speed as WireGuard will!

Sometimes OpenVPN remains the only option to select from, so to increase the speed of the VPN connection switching between transmission protocols is the best thing to do.

If you’re unaware, OpenVPN works with only TCP (Transmission Control Protocol) or UDP (User Datagram Protocol). TCP works the best when you’re trying to boost your VPN connection. On the other hand, UDP also boosts your connection but gives out relatively less reliability.

How will this work in boosting the VPN connection? Wouldn’t it do the opposite? Turning on MultiHop can do wonders. First of all, turn on your VPN connection and then turn on the MultiHop feature.

It might improve your internet connection speed because MultiHop lets you connect to two servers, so the first server’s network might work better when you join it to the second server instead of joining the first one directly to a VPN tunnel.

We’re sure you’ve probably heard of it and tried it like a million times as everyone says, “try to switch it off and then turn it off,” right? It might sound like an overworked solution, but trust us, it works like magic most of the time. VPN service functions by using complex encryption standards that guarantee our data will remain protected no matter what.

But sometimes, it causes some disruptions in the operating system of your device, resulting in needing to do a reboot( turning it off and on) of your device.

Also, connecting VPN on a different device might work because sometimes the settings on your device might be the reason behind disruptions.

This is also an overworked solution that does wonders on behalf of providing solutions to internet connection-related problems. Turn off your router if you really want to boost your VPN connection, as these routers tend to hoard junk when they’ve been running for a long time.

Turning your router off and turning it back on results in a boost up of connection as all your applications start with a new data series.

This probably wouldn’t make a difference but trying it wouldn’t hurt. You may try to turn off local security software for a while and check if your speed improves. Although doing that exposes your device to malware, a VPN service can ensure this problem doesn’t harm your device if it has the feature to protect against malware.

Although wireless connections provide a level of comfort because you can use them and carry them anywhere you want, it results in low speed and stability.

Wireless connections result in low speed because your walls and furniture become obstacles between your device and your internet modem. So use wired connections as they guarantee high-speed connections.

As you’re well enriched with all the solutions regarding boosting the internet connection, you should buckle up and take care of these things. Most of the time, we aren’t even aware of the aspects causing huge problems in our connections, so that is why this little piece of information we created will give you a heads up over all the issues of your Surfshark connection-related problems!