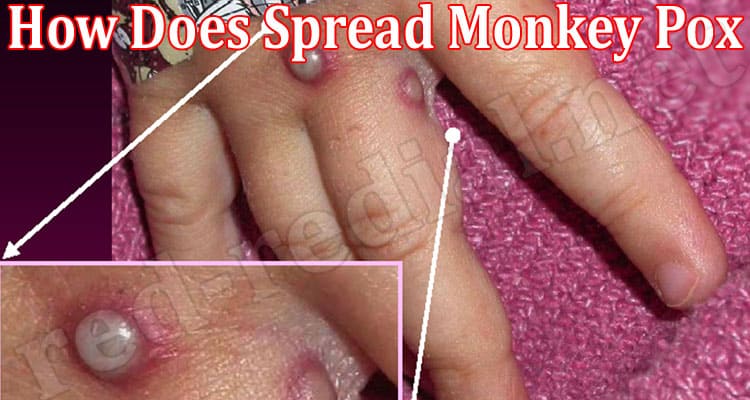 News
June 30, 2022June 30, 2022 Red Redial Team 0 Comments
How Does Spread Monkey Pox? What are the common symptoms? What is the latest update? Find out everything about this new outbreak in this article.

With the world still coping with the Covid-19 pandemic, there is another bad news for the people. We are talking about the Monkey Pox. Have you heard about it? We are sure you have heard in the news.

As per the latest reports, almost 50 countries, including the United States, the United Kingdom, South Africa, and Canada, have confirmed cases of Monkey Pox. Countries like India with no confirmed cases are bracing themselves and preparing for the same.

But what is this Monkey Pox? What are the symptoms? How Does Spread Monkey Pox? Let us find out the answers!

About the Monkey Pox spread:

Monkey Pox is a DNA virus belonging to the orthopoxviral family. This virus is found in rodents and other animals.

Monkey Pox was discovered in 1958 when two pox-like disease outbreaks occurred in a group of monkeys used for research. There are two known types of this Monkey Pox virus: one from Central Africa and another from West Africa. The 2022 Monkey Pox Outbreak is caused by the second, less-severe type from West Africa.

Although Monkey Pox is rare, an increase in cases has recently been seen globally. Monkey Pox looks like a rash after a few days of infection. This rash starts as red, flat bumps, which can be painful. These bumps then turn into blisters filled with pus. These blisters then form crusts that fall over. The process can go on for 2-4 weeks.

However, it is reported that many cases in the new outbreak aren’t following the usual symptoms pattern. Therefore, you may have Monkey Pox and still not know it.

How Does Spread Monkey Pox? As mentioned earlier, it spreads when you come in contact with an infected animal or human.

About the 2022 Monkey Pox Outbreak:

The first case was confirmed on 6 May 2022, with the first outbreak outside West Africa reported in London. As per the latest reports, there are 3,413 confirmed Monkey Pox cases globally. Fifty countries/territories have confirmed this viral disease, and 7 countries have suspected cases.

The majority of the confirmed cases were reported from the European region. And as of now, one death due to monkeypox has been confirmed in Nigeria.

Q1. How Does Monkeypox Spread?

A1. Through human contact with an infected animal or human being.

A2. The rash usually starts with painful red spots, turning into blisters filled with pus.

Q3. Should you be worried about this outbreak?

A3. If you are already in a country with confirmed cases of Monkey Pox, you must be cautious and keep yourself safe. However, you must not worry because there are two vaccines effective in preventing Monkey Pox.

Q4. Is it another global pandemic?

A4. WHO says that for now, Monkey Pox is not a public health emergency of international concern.

How Does Spread Monkey Pox? Should you be worried? We hope we were able to answer all your queries. You can learn more about this Monkey Pox outbreak update from WHO through this link  .

Also Read : – Is There For A Cure Monkeypox {May} Get Useful Details!