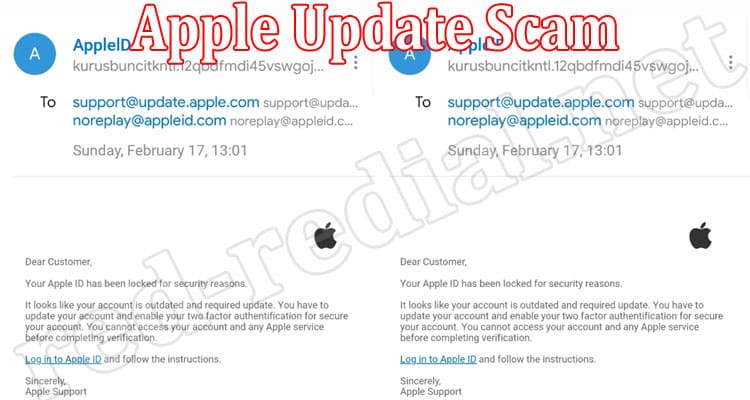 Do you own an Apple smartphone? You should update your phone with the latest iOS 15.6.1. Apple has released its current update, urging all iPad and iPhone owners in Australia, the United Kingdom, the United States, etc., to install it as soon as possible. Two significant zero-day security flaws are fixed with the newest release. That includes CVE-2022-32894 and CVE-2022-32893.

Even the program developer may not be aware of a zero-day attack. Apple has confirmed that hackers can use such security flaws to perform an Apple Update Scam.

How And Where To Get It?

To do an update, launch the Settings app and go to General, after which you click on Software Update. When you choose Download & Install, it will automatically proceed with the rest of the device setup. This isn’t a significant upgrade, so it should be ready in minutes.

No action on the part of users is required to make them susceptible. Your iPhone or iPad might be compromised or scammed even if you don’t interact with a phishing attack or other fraud attempt.

In What Way Apple Update Scam Affects Your Phone?

All the information you don’t want to be publicized, such as your location, chats, contacts, messages and maybe even your microphone & cam, might be exposed if the vulnerability were exploited. People in the public spotlight should take action sooner since they have previously been targeted by surveillance of foreign governments.

Considering the prevalence of security vulnerabilities in mobile operating systems, application developers for iPhones and other devices must include additional security safeguards in their technologies.

Researchers working in anonymity discovered the flaws and reported them. These Apple Update Scam fixes are the 6th and 7th zero-day vulnerabilities that Apple has patched this year, but the previous five were all patched in March and January.

Which iOS Devices Are Compatible With 15.6.1?

You need a smart-phone running iOS 14, and you’ll be good to go. Apple has done a fantastic job of ensuring that all iPhones that can run iOS 14 also run iOS 15. That is quite a feat, considering it covers every piece of hardware introduced in the previous six years. That’s right, the iPhone 6s and up, along with all 3 iPhone SE models.

In  the meantime, this Apple Update Scam will not affect running on iOS 16 (iPhone 8 and beyond). If you own an iPad Air 2 or later, an iPad mini 4 or later, or an iPad (or later) from the 5th generation on, you may update to iPadOS 15.6.1 without any issues. Find more information about iOS 15.6.1 update here

This update to iOS 15.6.1 fixes two Apple Update Scam vulnerabilities that might compromise your iPhone or iPad’s security. Did you ever face an online fraud trying to scam you? Do comment with your thoughts.