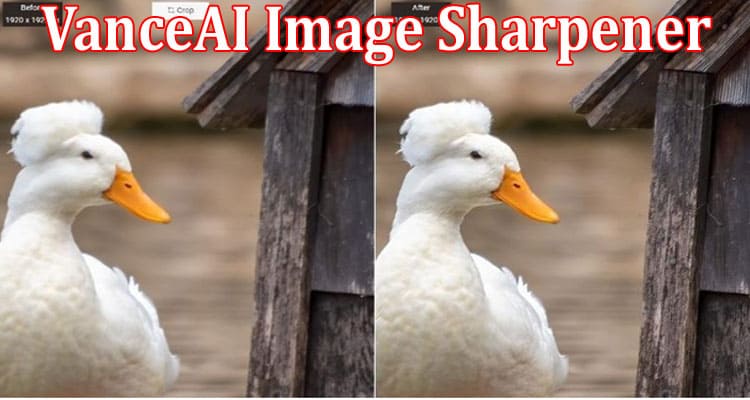 Image blur can be a massive issue for photographers and alike. Image blur can be aesthetically displeasing. A blurry image can look messy or unprofessional, which can be a problem if you are trying to use the image for commercial or artistic purposes. Not to mention that there are multiple reasons for an image to look blurry. In many cases, image blur can be caused by camera shake or subject movement. This can make it hard to get a clear shot, especially in low light conditions or when trying to photograph fast-moving subjects.

You can sharpen an image in multiple ways with VanceAI Image Sharpener. This is one of the many tools provided by VanceAI and since it is also powered by AI based technology, users can sharpen blurry image details with ease. With that said, this review looks into the performance, features, etc. of the Image Sharpener.

How Can AI Image Sharpener Make Your Photos Better?

When it comes to removing blurriness from images and making them look sharper, AI is a technology that certainly stands out and for good reasons. The first and foremost reason would be that AI is powerful and capable of reducing image blur to a great extent automatically. This alone makes users feel at ease since they no longer have to worry about editing anything themselves. With VanceAI Image Sharpener in the picture, however, you can go even further. The AI based tool from VanceAI.com offers a powerful algorithm, sure, but it also offers features, accessibility, and more, which overall make it a compelling option for most users. You can sharpen image online with special options given to users such as motion, soft, lens, and general blur, that specially target the selected blur in a photo.

You can sharpen blurry image online without needing to know much about photo editing in the first place. Besides, VanceAI also offers other photo editing tools on its platform, including an image upscaler, image denoiser, image compressor, and more. It is possible to use these tools smoothly through the Workflow feature. This feature makes it possible to queue up multiple tools and have them work on the same image. Technically, you could sharpen an image while also increasing its resolutions simply by queueing up Image Sharpener and Image Upscaler.

How to Sharpen Blurry Image with AI Image Sharpener?

In this section, you will see steps on how to sharpen image details or unblur image through the Image Sharpener online and on VanceAI PC.

Step 1: The link above will take you to the online version of VanceAI Image Sharpener. From there, you can get more info about the tool. Click on Upload Image to proceed ahead.

Step 2: On VanceAI Enhancer Workspace, you can manage pretty much everything. Upload an image, use the blur preferences on the right, and click on Start to Process to start the image unblur process. Besides that, you can also check your image credits, access other tools from the tabs, etc.

Step 3: The final image will be previewed on the Workspace itself. You can compare the before-after images as well. Click on the Download Image button to save the image on your device.

How to Use VanceAI PC to Sharpen Image Details?

Step 2: Now, run the setup file from your system and install the software. You can choose location preferences and more during the installation. Run the software and choose the Sharpen option.

Step 3: Upload image, change preferences, and save the result by using the Save button at the bottom right section of the UI.

Let’s get into the performance of VanceAI Image Sharpener through different image examples.

Motion blur is a type of blur that occurs when an object or camera is moving too fast to be captured clearly in a single image. This can result in a streak or blur in the image, which can make it difficult to see the details of the object or scene depicted in the image. The motion blur option in this tool centers the image by altering the color tone and reducing the blurriness that persists all over the image.

When an image has soft blur, you will notice that the image itself has a transition from sharp details to blurry, as you may notice from the example image above as well. The Image Sharpener attempts to sharpen image details throughout the photo and succeeds for the most of it. Overall, the image could have been made sharper still but the final image is definitely usable and eye-catching. Users can always max out the sharpness level in the Workspace and work with image noise reduction as well.

Lens blur is a type of blur that is caused by the characteristics of the lens that is used to take a photo. This can include factors such as the aperture, focal length, and distance of the subject from the lens. In terms of the image seen here, the tool manages to further improve the image by sharpening the details of the focus objects while the background remains largely the same.

From the above examples, we can definitely say that there are many types of image blurs and also many reasons for image blur to occur. In general, when an image lacks the clarity or sharpness that we expect, we can use Image Sharpener to fix that. In this case, we use the general option which is a basic sharpness option that goes with most images. We can see that the finer details of the image look much sharper in the After image as compared to before.

VanceAI Image Sharpener offers quite a lot to users with accessibility combined. It is an image sharpener tool that makes great use of AI based algorithms and technologies to ensure that the results it provides are up to the mark in terms of quality and efficiency. One of the best features of VanceAI Image Sharpener is allowing users to run targeted processes for types of blurs, which is not really seen in other image sharpener applications. Considering that VanceAI is expanding itself to increase availability, either through VanceAI PC, API, or others, users will only face easier times. Their latest addition, VanceAI JA, makes the platform available in Japanese, for example. Also, with the latest sale going on, you can purchase a 100 image credit plan for just $3.96. All the other plans are available for cheaper as well.

There are many photo editing tools offered by VanceAI and they’re all useful for finding solutions to photo related problems. You can also use the Workflow feature, as mentioned in the previous sections, to use multiple VanceAI tools together. For example, you can enhance your image details while sharpening it by combining VanceAI Image Enhancer with the Image Sharpener from VanceAI Productivity Series Review. Moreover, you can also use VanceAI Image Denoiser to reduce or remove image noise and film grain from images. Besides this, VanceAI also provides a free to use, online based PDF processing tool that goes by VancePDF.com.