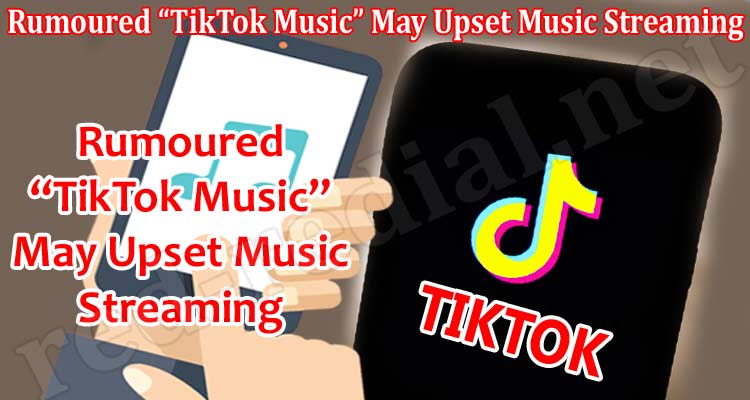 TikTok marketers were already using music as an advertising strategy before rumors of a possible streaming service launch started spreading. It hasn’t been ascertained whether the gossip is real or not. However, the Insider first noted that it might become a reality. The platform, besides others, could be a powerful tool for promoting music on Tiktok.

The Insider disclosed that the parent organization, ByteDance, applied for a trademark “TikTok Music.” The filing of the application took place in May. The service will allow TikTok users to listen to music, download, share or buy. They can also livestream content, curate playlists and distribute them.

TechCrunch added that the platform’s users would have access to broadcast content from podcasts and radio. Also, an insider revealed to TechCrunch that the company operates Resso Music in three countries. ByteDance had decided to introduce a similar platform in the US market, resulting in the recent application.

The SoundOn’s launch by TikTok ignited rumors of a streaming service unveiling by the platform. SoundOn, music promotion and distribution service, assists artists in reaching more audiences. TechCrunch explained that TikTok could provide an absolute solution to US artists and music listeners if it unveiled a streaming platform besides SoundOn.

What music marketers will likely gain from the TikTok streaming platform

If it becomes a reality, TikTok Music will upset the music streaming market. It will affect music promotion on other streaming platforms and provide an alternative service to marketers. The promotion of TikTok content greatly depends on the music. Brands have recorded organic success with it.

Netflix’s recent show, “Stranger Things”, uses “Running Up That Hill” by Kate Bush for its narrative. This exposure has introduced the artist to an entire generation. It drove the 1980s song back to the charts. Its hashtag, #runningupthathill, shows that it has attracted 1.3 billion views. Besides, the song has given rise to many videos of people analyzing its use for Netflix’s show. These videos have received views of 4.6 million.

Doggface, also known as Nathan Apodaca, had a viral video in 2020 that garnered views of 86.6 million. It propelled “Dreams”, a song by Fleetwood Mac, to higher heights. Ocean Spray used this visual for its marketing bonanza. It is another example of music influence in propelling TikTok’s organic marketing.

Music is effective for advertising. However, TikTok has improved its use in promotional campaigns, providing marketers with an essential means of engaging and entertaining the audience. Shubham Singhal, Girlfriend Box’s co-founder, disclosed that TikTok contributed to the current short-form content transformations.

The short videos are a game changer. Singhal explained the process of creating music-based campaigns. She revealed that identifying a track’s hook is essential. Focusing a trend on the hook improves the effectiveness of campaigns. Through the smart use of tracks, marketers have boosted their effort on TikTok. They aren’t waiting for the realization of TikTok Music to improve their campaigns.