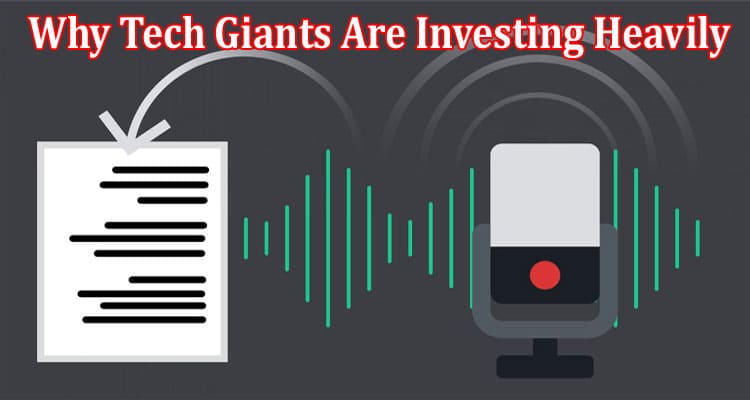 Technology giants are investing heavily and developing their own transcription technologies, as well as using 3rd parties’ transcription services to tap into the growing demand for accurate and reliable transcriptions. Let’s take a look at which companies are doing what in the transcription market.

Real-time Transcription in a Nutshell

While transcription has been around for centuries, the demand for real-time transcription services has increased in recent years, thanks to advances in speech-to-text technology and the proliferation of mobile devices.

The Benefits of Real-time Transcription

There are several reasons why businesses and individuals are turning to real-time transcription services. First, transcriptions can be used to create written records of meetings, conferences, and other events. This can be helpful for people who want to review the events later or for those who were not able to attend the events.

Second, transcriptions can be used to create subtitles or closed captions for videos. This is helpful for people who are deaf or hard of hearing, as well as for people who speak different languages.

Third, transcriptions can be used to create searchable databases of video and audio content. This is helpful for people who want to find specific information in a large amount of content and many video marketers taking advantage of this to improve their SEO strategy.

Today, technology companies invest a lot in being more responsive, and accessible and aim to reach as wide a variety of the population as possible.

Therefore, there is a great desire for technology giants to invest in this area, in addition to the fact that this niche generates annual amounts of billions of dollars. Now that we know why technology giants are storming this field, let’s take a look at some of the most prominent players:

Google first announced its automatic speech recognition (ASR) technology in 2007, and since then they’ve continued to develop and improve its offerings. In 2016, they acquired the machine learning startup DeepMind, which has helped them to further improve their ASR technology.

Google offers a number of speech-to-text products and services, including the popular Google Translate app, which uses ASR to translate spoken words into text in over 100 languages. Google’s ASR technology is taking place in the Google translate feature as well as voice search in the Google app.

Microsoft has also been investing heavily in ASR technology, and they offer a number of speech-to-text products and services under the Microsoft Azure brand. Azure Speech Services uses ASR to transcribe spoken words into text, and it offers a number of features such as speech recognition and text translation.

Amazon also offers a speech-to-text service called Amazon Transcribe, which uses ASR to transcribe spoken words into text. Amazon Transcribe offers a number of features such as real-time transcription, speaker recognition, and text translation and considers to be quite accurate. Many transcription facts help this tool get to improve by learning the average time spent on a project, what type of projects are being requested, and who the main clientele is.

IBM offers a speech-to-text service called Watson Speech to Text, which uses ASR to transcribe spoken words into text. Watson Speech to Text offers a number of features such as real-time transcription, speaker recognition, and text translation. As one of the world’s first companies to develop such technology, IBM deserves a lot of credit.

Facebook’s research group, Meta, is working on a number of ASR projects. One of their projects is called ParlAI, which is an open-source software platform that enables developers to train and test artificial intelligence models on a variety of tasks. ParlAI includes a number of features such as data collection, model training, and model testing.

Apple doesn’t offer a speech-to-text service, but they do have a number of products that use ASR, such as the Siri virtual assistant and the Voice Memos app. Apple is mostly relying on 3rd parties for the transcription service.