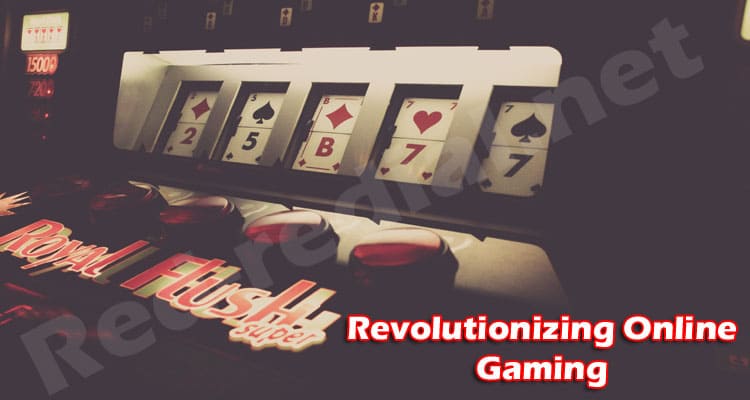 Revolutionizing Online gaming has grown leaps and bounds in the past few years. In fact, the global market is projected to grow at a year-over-year rate of 11.9% over the next five years. The growth of the industry can be largely attributed to developments in modern technology, including a much larger internet penetration rate, better telecommunication infrastructure, and greater availability to low-cost smartphones.

However, some technological innovations have had more impact in revolutionizing online gaming than others. These are:

While gaming platforms typically have data encryption, firewalls, and security certificates to guarantee the privacy of players’ information and transactions, blockchain protocols are taking security a step further. With no centralized information storage system, data is stored on a network, making them easily verifiable and impossible to hack into. The best known blockchain game is CryptoKitties. In this game, players use Ethereum to buy cartoon cat NFTs. Each cat has a distinct trait, and the rarity of its trait determines its value. Players can also breed these cats to produce offspring with unique characteristics, which can be traded depending on their rarity.

Because cryptocurrencies don’t go through national banks, gaming operators no longer have to worry about the Interstate Wire Act of 1961, which prevents them from legally accepting online wagers outside certain jurisdictions. U.S.-facing sites like Americas Cardroom have begun accepting cryptocurrencies like Bitcoin as a way for users to fund accounts and play real money online poker. As online poker is one of the most heavily regulated games, playing with Bitcoin provides users with a convenience way to deposit and withdraw winnings, while being extremely secure. Additionally, crypto provides players anonymity, allowing them to just focus on the game at hand.

Artificial intelligence has been a major component of online gaming, as it is often used to simulate real-world experiences on virtual platforms. Thanks to advances in the field, even solo players can enjoy games as though they are playing against real people. However, the use of artificial intelligence goes beyond simply simulating experiences. AI can also be used to scour massive amounts of data to find patterns and create the best possible responses to specific stimuli. A perfect example of an AI-led game is the survival online horror title Left 4 Dead. In all its game modes, an AI, dubbed as the “Director,” controls level pacing and item placements, to create a dynamic gaming experience.

In the past, players used controllers and monitors to play games. Today, technology allows players to fully immersed themselves in their games through virtual reality (VR). VR provides them a fully personalized environment, complete with richer in-game interactions and life-like adventures. While VR found a home in video games such as Roblox, it is also utilized in online games, like PokerStars VR, Portal Stories, and Star Wars: Battlefront. For example, PokerStars VR players are able to experience “on-site” poker tables, without physically being present.

There’s no denying that online gaming is continuing to evolve, and advancements in technology will do nothing but continue to revolutionize the industry. Blockchain, cryptocurrencies, artificial intelligence, and VR are just some of the latest developments to transform the way we game online.

Also Read – Is There A Way To Play Roblox Offline: Know More!