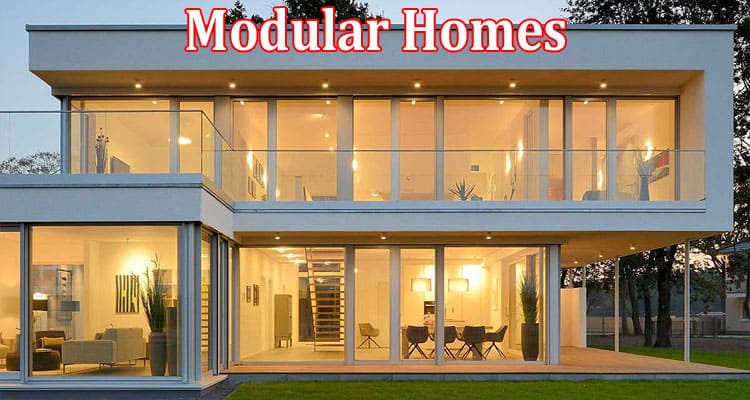 The contraction in supply processes after the pandemic experienced all over the world is evident in every sector. The construction industry also suffered from supply problems. The problem of finding workers has been added to the difficulties in supplying materials in the sector recently. The labor problem in the production sectors is also reflected in the construction sector.

Despite everything, countries started to take measures to solve the problem in closing the housing deficit. For example, modular homes were put on the agenda within the scope of a plan aimed at facilitating housing production in Ireland. Irish Minister Leo Varadkar emphasized that they are working on a planning that makes it easier to build modular homes in the country. Within the scope of the planning, it is aimed to play a savior role in closing the housing deficit in Ireland with modular homes in the short term.

The Irish Government will encourage facilitation of modular home manufacturing and supply routes through local authorities.

In the process that started with Russia’s occupation of Ukraine, many Ukrainians flocked to European countries as refugees. Ireland is among the countries that have been affected by this refugee flow. When refugees were added to the housing deficit created by the effect of the pandemic, the deficit increased even more. During this period, modular homes began to be used extensively for the accommodation of refugees in Ireland.

The houses produced in the prefabricated buildings sector have the important advantage of fast production and on-site installation in a short time. Fast installation of long-lasting, safe modular homes by up to 70 percent is a great convenience in closing the housing gap quickly. Moreover, there is no need for a lot of labor during the installation phase. The installation of a modular home can be completed in a short time with a team of 3 people. From the wall to the roof, from the electricity to the plumbing, from the door to the window, everything can be done with a professional team without the need for other masters.

Last month, Irish Housing Minister Darragh O’Brien sent a letter to local governments with a recommendation to reduce their land tax burden, especially if they commit to rapid housing production with modular homes.

“I know some people will not like the reforms planned for the housing area of public lands. I think these are necessary, a planning process where local authorities will allow public lands to be built for social housing and other public buildings.”

“Modular homes will save us months and mean we can deliver particularly fast-build homes much faster, and that’s the goal.”

Why are Modular Homes so fast to build?

The rapid construction processes of modular homes are among the most curious subjects. What are the reasons behind such a fast construction time of a safe, comfortable and long-lasting house? Let’s try to stay on these issues.

Modular homes are produced in the prefabricated building sector. Prefabricated building is a building model dominated by pre-production in general. In classical buildings, production takes place on site. The material is piled up on the field such as iron, concrete, brick, insulation material. As worker initiatives come to the fore in field production, production proceeds very slowly contrary to the planned. Moreover, factors such as rain, frost and snow bring the concrete pouring and thus the construction processes to a complete standstill.

However, the pre-production of modular homes is done in modern factory facilities. The house, which passes the quality control stages, is loaded on the vehicles and shipped to the place where the installation will be made. It does not require any production at the place of use. The assembly of the structural parts in the combined model from the factory pre-production is sufficient to complete the construction. No additional building materials are needed at the assembly site.

Moreover, the installation of the modular home is also very practical in terms of workmanship. An average team of three can complete a modular home from wall to roof, door to window, electrical installation and plumbing. It is clearly stated which material will be used where in the factory-part production. The expert team completes the assembly of the house in a short time according to the order and delivers it ready for the session. At the same time, harsh climatic conditions do not affect the installation too much. The assembly continues uninterrupted as planned under all conditions.

Social housing needed in refugee flows caused by reasons such as war can be completed as soon as possible by using the modular home model. Technologically, the houses, whose production is completed within days or even hours, can be transported to any place desired by vehicles. Installation can be started as soon as it is unloaded from the vehicle at the place of transport. For the installation, it is sufficient to prepare a floor concrete within the plan.