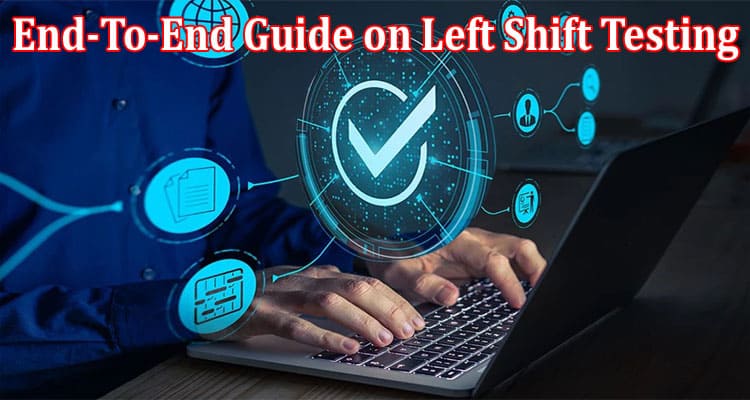 Traditionally in application development models, the testing phase was used to be done on the extreme right or at the very end of the application development lifecycle which is too late. Hence resolving them towards the extreme right and at the end requires enormous effort, cost and time. left shift testing also reduces the number of defects that make their way into production software. The idea is to shift from manual to automated testing so that by the time manual testing is needed, there is less work to be done.

To avoid this situation and improve the application’s development process, organizations, later on, realize the impact of keeping the Testing Phase on the extreme right of the application development phase. And then comes the implementation of left-shift testing as the proposed solution.

In this article, we are going to learn about an end-to-end guide on shift-left testing. This will include what left shift means, its importance, benefits and how you can adopt this approach in your organization. Now let’s have a look at how to achieve zero bugs during the deployment phase.

Shifting left is bringing development and testing together thereby resulting in faster and earlier testing. Testing often and early reduces numerous  defects and defects that are caught early cost less and boost the condition of code.

The aim of the shift-left approach is to find out and settle bugs as soon as possible to improve application quality and reduce time spent resolving issues in earlier stages of the application development lifecycle.

Why Is It Called A Shift To The Left?

In representing sequential phases of anything, the earliest or the starting phase is at the extreme left, and then the progression from that is towards the extreme right or at the end. Taking this concept left shift testing refers to bringing the testing stage earlier in the development life cycle. Left shift takes care of subjects when they originate and ensures rarer drawbacks in a later phase.

However, don’t think that shift-left testing only means testing placed at the starting phase of development, instead of at its end. left shift testing is a continuous activity occurring in short, repetitive cycles which means  “test often rather than just testing in the end and start as early as possible.

We often undervalue the consequences of testing prematurely in the application of development life process, a strong methodology interprets. Regular testing of code with each code helps to warrant the virtue of the program but also saves plenty of money and time.

Most bugs enter the code during the coding phase and when the testing phase comes after the coding phase, many bugs get identified during the testing phase. This means a lot of bugs have to be fixed. This is quite challenging because all the codes have already been written and the only way to fix the problem will be to again put down the code. As its aftermath , a lot of time and money will have to be invested to resolve the issue and the period to market prolongs significantly.

As soon as bugs get adjusted, the better. The simplest bugs to rectify are those that get identified during the time of reviewing and writing code because at this stage these block codes are easy and small to manage. Here comes the importance of introducing left shift testing that allows the developers to quickly and frequently identify and resolve bugs. And bring in a guaranteed quality application by saving a lot of time and money.

Implementation of the left shift testing approach, helps the organizations to put quality at the top of their priority list and work to expose issues as soon as possible. Few of the crucial benefits of left shifting are-

Here are some of the things you can do to shift your application testing to the left:

Demand planning refers to integral part of the left-shift strategy. It enables the testers to obtain a better understanding of future demand by collaborating with the management. It gives a beginning point for all tasks in the test lifespan, like planning and confirming the budget, resource allocation, and testing strategies beforehand with this insight.

It is proceeded in a beginning stage and includes design and requirements of validation. The objective of static test is to discover deficiencies in the starting of a life process before they turn very costly to fix.

A unified test strategy evaluates dependence on environments, automation, stubs, and data test guaranteeing that the respective parties can accomplish the necessities.

This procedure enables to analyze and determine the probability and consequences of failure for every test scenario. using this method functional, regression, and none functional  testing can be performed.

How to practice the left shift testing Approach in your organization

Left shift testing can be executed in your organization by pursuing these few simple steps.

A better spot to commence is by inaugurating code norms for your improvement team. The development team requires to have the same perception of the proposal. It enables them to review code more quickly. It also ensures a higher quality of code. Coding standards help in preventing unsafe or incorrect code, hence reducing the regularity of mistakes.

The first thing to figure out is which equipments can be beneficial for your basecode as a community . Apart from it, the team should analyze how testing can be integrated into an early stage of the development lifecycle. One adaptable strategy is the strong strategy, which specializes with small code increments recognized as sprints.

Nevertheless for some organizations switching towards the agile approach is not easy. As its aftermath , the development group may decide building unit examinations for every fresh feature. As particular code units are simpler to test as they are more navigable and minor. Later, write integration tests for these unusual fractions of code to make sure that they work seamlessly together.

Test automation speeds up the development life cycle. It ensures fewer bugs in the later stage of development and enables you to reduce the time to market.

As left shift testing needs continual testing, it is good for the development team to embrace the test automation tool. Besides conducting automating for each code increment in extension to the clearance of every new build.

This will reduce the burden on the testing team’s responsibilities and provide faster feedback about the stability of the code.

With test automation, you can profit from the most extreme advantage of left shift testing, but it is difficult to manage the automation suite and your own infrastructure of real devices. So it is best to perform your automation tests on a cloud-based testing infrastructure.

To ease your task, a platform like LambdaTest is there to provide you with a cloud of over three thousand real devices, operating systems and browsers with their respective editions. You can get their access to testing from anywhere across the globe at any time. The benefit of using LambdaTest is it allows you to write test cases right from the design phase.

LambdaTest is an automation testing tool that supports the left shift approach. It is a secure, reliable, scalable cross-browser testing platform that helps you to perform end to end testing with higher test coverage and lesser built times. It also lets you perform parallel test execution where you can prioritize and schedule tests in multiple environments. And enables you to capture full-page screenshots so that you can log the error and debug quickly.

Basic coding skills help testers to execute some rapid fixes wherever feasible. This enables them to be significant at code surveys and to be important contributors to teams. They need to be skillful enough to be eligible to modify and read simple code like  able to revise fundamental techniques or a computerized test.

Initially focus for Testing was only on Defect Detection and now with left shift testing focus has shifted to  Early Defect Detection. If you are trying to shift to the left, then remember to keep the above-shared information in your mind before you start. They can help you to achieve the goal of delivering a higher quality application with greater efficiency in no time.