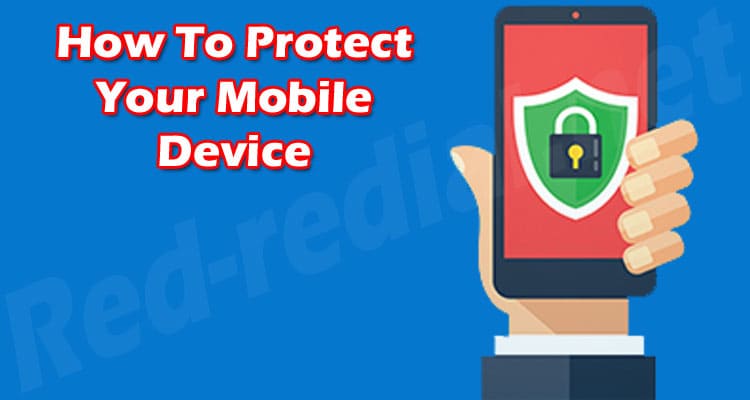 How To Protect Your Mobile Device:- Explore what makes unauthorized access to mobile devices such a big problem, and what measures you can take to prevent anyone from getting it on yours.

Does the idea of someone gaining unauthorized access to your mobile device make you uncomfortable? You’re not alone. The technology we use today, from widespread residential Optimum internet plans to the fastest and most powerful Android or iOS devices, is astonishing in every way.

The only reason many of us are unable to see how big of an achievement they represent is because of perspective. We take these devices and their operating systems for granted, having not experienced what older generations had to do before the invention of smart mobile devices. Yet, that does not change just how useful, convenient, and integral mobile devices are to our everyday lives.

Easy Ways to Protect Your Smartphone or Tablet

However, while your smartphone or tablet is indeed a marvel of modern engineering, it still isn’t foolproof. It can break, it can be damaged, and worst of all, you can lose access to it. Take a moment to consider the kind of information the average Android or iOS user like you may have (knowingly or unknowingly) stored on their mobile device.

The average smartphone is a map of a person’s digital activities as well as their physical ones. It contains sensitive information such as social security numbers, bank account information, credit card details, your social media accounts, and so much more. That’s not to mention browsing histories, location histories, and personal photos or images. Everything, in short, that someone would require to impersonate your identity (or even sell it off).

Now take a moment to consider whether you are comfortable with anyone gaining unauthorized access to your device and everything it contains. If the answer is that you would rather not have any peeping-toms accessing your device, there are a few ways you can protect it. Try the ones below for starters:

A stronger password is the first step to any security measure. This does not change when you’re talking about securing a smartphone or a tablet. Instead of PINs or patterns, try using complex and strong passwords. That means including upper-case or lower-case alphabets, numbers, and even symbols in your password. Moreover, the password should be unique from all your other passwords.

A brute force attack is one of the most common ways a hacker will try to break past password security. This type of attack typically involves using a processor that bombards a device or account with all permutations and combinations possible for a username and password. While this may be impossible for humans, a computer may be able to “guess” the right credentials, especially if the password is a simple or weak one. And if the same password applies to all your accounts, the hackers won’t even have to go through the process again for further access. A complex password can make it much harder for a brute force attack to succeed with the added complexities.

A strong password is great, but you should never depend on a single safety feature. Although it takes a lot of time, a brute force attack may still be able to break through even a strong password. That is why so many modern tablets and smartphones come with secondary biometric security features as well. The most common type is the use of fingerprint scanning. The built-in sensors will only unlock the device for a fingerprint that matches the one you configured. Since fingerprints are virtually unique, even among identical twins, there are very few ways to bypass this measure. Other phones may include a facial recognition feature, or even a voice recognition feature, to secure access.

An open Wi-Fi network looks very inviting. But it is rarely harmless. As a rule, you should never connect to an unprotected network, simply because you don’t know who runs it or who may be using the network as well. A hacker or cybercriminal on such a network may be able to detect and spy on other devices that connect to the network. And even if you do disconnect from the network, they may already have gotten a malware infection through the network into your device.

This is often how devices are hijacked by malware like bots, such as those used for DDoS attacks. Even without visible evidence, a hacker may be able to spy on your device passively.

Use a VPN on Networks You Don’t Know

If you absolutely have to connect to an unprotected network, make sure you use a VPN. In fact, use a VPN application on every new network that you don’t know, whether it is protected or not. A VPN encrypts not just the data requests coming and going from your device and the network servers but also your device’s unique identity. As a result, a cybercriminal present on the network won’t even be able to see when you’re connected to the network, let alone access it. However, be sure to use a reputable VPN service, preferably one developed by a recognized company.

Finally, outdated apps or operating software is something that most Android and Apple users are guilty of. Whether out of laziness or an actual lack of storage space, many people fail to update the various applications on their devices. Many even resent having to upgrade to a newer OS version regularly.

However, both are crucial for device safety. Outdated OS and applications have no protection against loopholes that newer types of malware such as viruses can exploit. As a result, depending on the application and device permissions, even a single outdated app could act as a doorway into your device.

Also Read – How to Save Your Personal Data from Hackers Attack