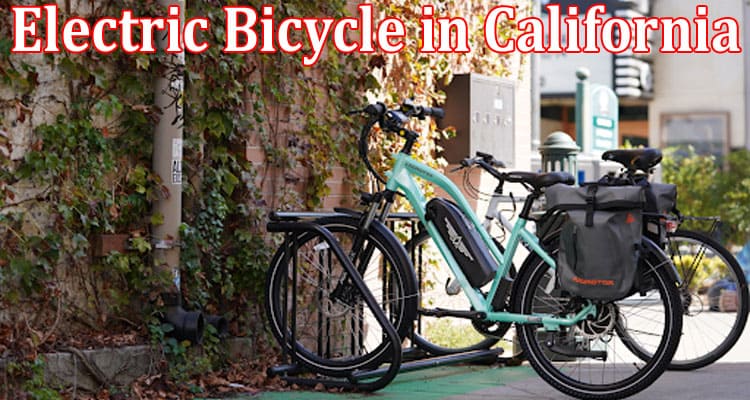 If you live in some cities in California, you know that commuting can be a hassle. Between traffic and long distances, it can take a toll on your time and patience. Getting around town can be tiresome and time-consuming, whether for work, school, or even just running errands. However, commuter electric bicycles offer a solution that is both efficient and fun. There are plenty of reasons to switch to an e-bike for commuting, but here are just a few:

Save Time and Money

The average commute in California is 29.3 minutes. But with traffic, it can feel like an eternity. If you live in a big city Los Angeles, you know that traffic is a way of life. Gridlock is common during rush hour, making your commute even longer.

With ebikes in California, you can avoid all of that traffic. Electric bikes are allowed on most bike lanes so you can zip past all the cars stuck in traffic. E-bikes also allow you to take advantage of shortcuts cars can’t take, such as bike paths and trails. And if you do encounter traffic, you can always pedal around it.

Commuting by car can be expensive. Not only do you have to pay for gas, but there’s also the cost of insurance, maintenance, and parking. Parking can be hard to find and expensive in the big cities. With an e-bike, you won’t have to worry about that. E-bikes are much cheaper to operate than cars because they don’t use gas and require very little maintenance.  Since they’re smaller than cars, they’re easier to park and don’t require a parking permit or pass in most cases.

Commuting is essential to many people’s daily routines, but it doesn’t need to be a passive activity. With the advent of e-bikes, one can make the best of their morning and evening travel times by exercising while they travel. E-bikes are perfect for those looking to get more active with their commutes since they allow you to pedal at your own pace. There is no pressure to cycle faster, so you can get in a good workout while making it on time.

Additionally, because e-bikes are low impact, they help protect your joints from unwanted strain or injury. If you’re ready to incorporate some activity into your daily commute, look for models that specialize best for long commutes, such as commuter electric bicycles specifically designed for comfort and efficiency.

Whether chosen for convenience or practicality, an e-bike provides an excellent way to enjoy exercise and fresh air, even during your commute. With today’s options, there’s something out there that’s perfect for everyone.

Commuter electric bicycles are a great way to be environmentally friendly without sacrificing comfort and convenience. Unlike gasoline-powered vehicles, they don’t produce harmful emissions, so they’re a much better option for those looking to reduce their environmental impact.

Due to the widespread use of recycled materials in their manufacturing, you can feel good about supporting sustainable practices when choosing your best e-bike for a long commute. With technological advances, e-bikes are becoming increasingly reliable, so you don’t have to worry about being stranded if something goes wrong.

In California, a city like Los Angeles, congestion is a severe problem. According to the studies, the average spends 45 hours per year stuck in traffic. By switching to an e-bike for your commute, you can help reduce congestion and do your part to help ease the gridlock.

Another way that e-bikes help reduce congestion is by providing an alternative to driving altogether. You can often avoid traffic by riding an e-bike on dedicated bike lanes or off-road trails. When you do have to share the road with cars, you’ll find that electric bikes can keep up with traffic much better than traditional bikes. You’re less likely to add to congestion by riding slowly and holding up traffic behind you.

Reducing your carbon footprint has never been easier, thanks to electric bicycles. By utilizing Commuter electric bicycles, individuals have a green, two-wheeled option for their transportation needs. Riding is one of the best ways to use ebikes in California to reduce your carbon footprint; prior legislation has opened up more opportunities and options for the best e-bike models for bicyclists living in the State.

Not only are they great for everyday commuting, but e-Bikes also allow commuters to get around faster and more efficiently while reducing their environmental impact. You’ll go farther with a commuter electric bicycle than traditional bicycles since you don’t have to sweat. Whether commuting in crowded cities or riding leisurely through hills or paths, an e-bike can help you reduce your carbon footprint without compromising convenience or performance.

By investing in a reliable means of transportation such as e-bikes, every Kilometer will help protect the environment and future generations. Thanks to advancements in technology, electric bikes offer an affordable way for people worldwide to reduce emissions and make smart decisions about how they travel from place to place. It’s time we all made an effort toward creating a sustainable future.

There are many great commuter electric bikes available from Addmotor. Here is a selection of the best fat tire electric bicycles available:

Commuting in California doesn’t have to be a nightmare; an electric bicycle might be just what you need. E-bikes in California offer plenty of benefits over traditional bikes or cars, including saving you time and money, exercising while commuting, being environmentally friendly, and helping reduce congestion overall. So if you’re looking for an easier way to commute in California, consider switching to the best ebikes for commuting today.