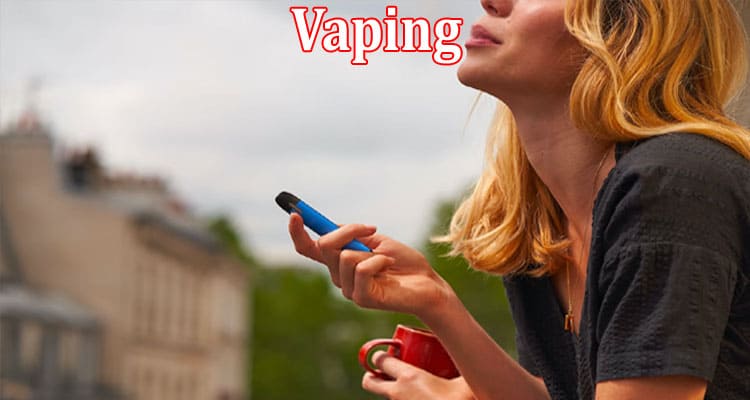 The decline in smoking these past few years can be attributed to the ever-increasing popularity of vaping. Data shows that the number of smokers in the country has dropped by 11%, and nearly as many adults have now been using vaping products as alternatives. This should not come as a surprise. After all, vaping is indeed more efficient than regular tobacco. It’s not only an alternative to smoking, but vapes can also be used for other purposes, such as consuming CBD oil. As such, as vaping becomes more mainstream, it’s worth knowing some interesting facts about it.

Vaping is More Than a Smoking Alternative

At first glance, it is easy to assume that vaping is simply a cooler and less harmful alternative to smoking. After all, a lot of vape products such as Juul pods are advertised as tools to help you transition away from smoking. However, for vaping enthusiasts, vaping has become more than that. With the plethora of vape juice flavors, some flavor makers have elevated vaping into some sort of art form. Vape juice flavors can be quite interesting, too. If you’ve got a sweet tooth, there are dessert-flavored vape juices. If you’re into earthier tastes, there are also options for you. The bottom-line is this: when it comes to vaping, there is a flavor that will suit your taste, making it a more personal experience.

Vaping Can Save Lives

When it comes to being a tool for smoking cessation, vaping is quite effective, too. According to a report by Harvard Medical School, vaping is more effective than other approaches to quitting smoking. In an analysis of 61 reports, only four to seven out of 100 smokers can successfully quit smoking through the use of traditional cessation methods like nicotine patches. On the other hand, it is shown that for every 100 people who are trying to quit smoking by vaping, nine to 14 people might succeed. In fact, a study commissioned by the National Institutes of Health found that 6% of those who have no intention to quit smoking can do so after switching to vaping. A separate study also revealed that for those who are not able to fully quit smoking, vaping can help in reducing the number of cigarettes they smoke per day.

Vaping Has a Pretty Lively Subculture

As vaping moved away from simply being a tool for quitting smoking, it is not surprising that communities surrounding it formed, too. Vaping today is more of a recreational and social experience, and with that, vaping subcultures also emerged. Within vaping communities, it is common to hear of terms like “cloud chasers” and “substitutes” to refer to groups of people who vape. These groups may not necessarily agree with each other on rules and regulations regarding vaping. Aside from these subgroups, there are also vape festivals all over the world, with cloud chasing or stunt vaping usually serving as the highlight. In these competitions, participants can win scholarships and even thousands of dollars of cash.

It has been shown that vaping is indeed a safer alternative to smoking. However, it is more than just that. With vaping becoming more normalized, it’s amazing to see how interesting and diverse vaping culture can be.